Need Vitamin D? You do. Go Naked In The Sun.

Here's the low down on D – a "vitamin" that is so much more than a vitamin. 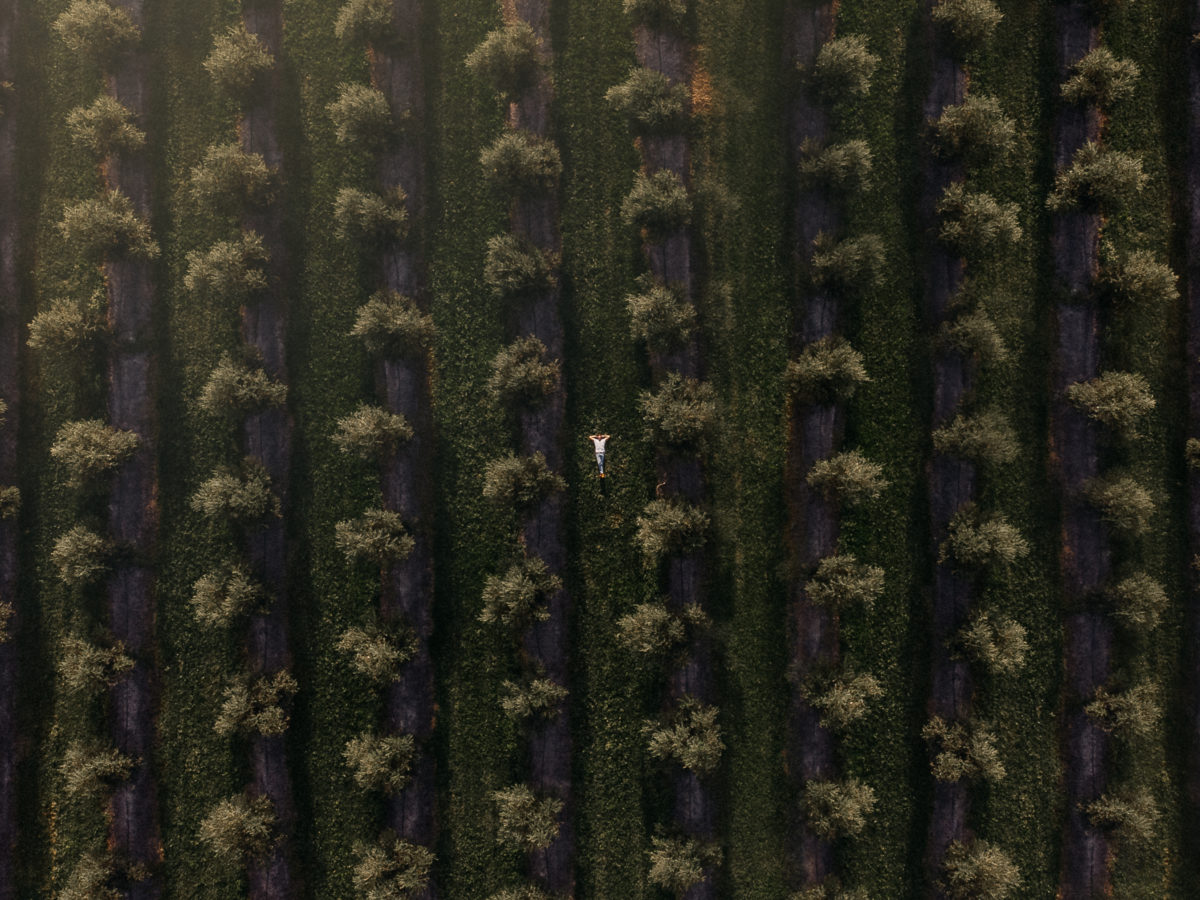 While studying bone disease, Sir Edward Mellanby thought he discovered a vitamin in fish oil. The year was 1918. A scientist identifying a new vitamin would be an impressive accomplishment, but what Sir Mellanby actually accomplished was even more impressive.

He didn’t find a vitamin. He stumbled upon a hormone made from sunlight.

As scientists continued studying this hormone, they would learn how it helps express 1,200 genes, builds strong bones, influences the immune system, contributes to blood sugar balance, guides cell growth and maturation as well as increases both calcium and phosphorus absorption.

Sir Edward Mellanby didn’t just find a vitamin in our food. He found an active – and important – hormone in our body.

On a gorgeous day, you step outside. The breeze flows through your hair. The sun warms your skin, and the sun’s UV-B rays travel deep into our skin.

Cholesterol hangs out in the bottom layers of your skin. UVB converts the cholesterol (7-dehydrocholesterol) into Vitamin D3 (cholecalciferol). This is the same form of Vitamin D3 found in most supplements. This Vitamin D3 cruises through your bloodstream to your liver. The liver converts – or what the nerds call hydroxylates – the Vitamin D3 into calcidiol (25-hydroxyvitamin D). Then calcidiol rides over to the kidneys where an enzyme (1-α hydroxylase) makes one more conversion to produce calcitriol (1,25 hydroxyvitamin d).

As you can see, unlike other vitamins, Vitamin D is an umbrella term that encompasses a bunch of prohormones for making one important hormone.

The name doesn’t do it justice. You’d think it would be called something else, but vitamin D was confused for a vitamin when it was discovered right after Vitamin C. The name just stuck.

Vitamin D: Beyond Our Bones

For a century after discovering Vitamin D, the research focused on bone health by studying the mechanisms regulating calcium and phosphate. Perhaps the emphasis on bones was a natural continuation of discovering calcitriol while studying bone disease. But now a new era of research may extend the significance and role Vitamin D plays in our health.

Vitamin D receptors and its activating enzyme, 1-α hydroxylase, discovered outside the kidneys. These receptors and enzymes were found on cells not really involved in bone health including the intestine, prostate – most interestingly – immune cells.

When our immune system recognizes an attack, cells (macrophages) in the innate immune system swallow up the enemy cells and destroy them. These innate immune cells can convert calcidiol – which, remember, is the precursor to the hormone calcitriol a.k.a Vitamin D – floating around in our blood into Vitamin D. This conversion can occur inside the cells through the Vitamin D receptor, or near the cell with the help of the 1-α hydroxylase hanging around. The Vitamin D generated by the innate immune cells boosts their ability to swallow up enemy cells as well as help antimicrobial peptides reproduce. Vitamin D helps the local defense army perform better.

If there are too many enemy cells and the local army is losing, the innate immune system will call for backup. The adaptive immune system sends signals across the body to change the battlefield and recruit help. Cytokines are messengers. They deploy the signals. Some types of cytokines will head to the brain to heat up the body, reduce the appetite and make you feel tired. This helps conserve energy for the fight, and if the enemy cell is sensitive to temperature, the extra body heat will help kill the enemy. Other cytokines will travel across the body recruiting more helpers.

Meanwhile, another form of messenger cell  – called antigen presenting cells – heads to the lymph nodes to recruit the army reserves. This army is made of T cells and B cells. Special messenger cells (dendritic cells) go into the battle and change their outfit to copy the unique traits of the enemy cell. These cells then parade into the lymph nodes with their enemy-matching costumes. The T and B cells waiting in the lymph nodes watch the parade to determine if they have the weapons necessary to take out that particular enemy. There are millions of types of T and B cells waiting for their type of enemy to fight. The fight-ready T and B cells reproduce a little army and head into battle. They also produce some soldiers (memory cells) to hang around after the fight in case the enemy returns.

While Vitamin D can boost the soldiers on the front lines, Vitamin D slows down the adaptive immune system. Calcitriol – and its precursor cholecalciferol – mess up the communication. They dishevel the costumes on the messenger cells parading in the lymph nodes so that they are harder to recognize. If the costumes are recognized, calcitriol can convince T and B cells not to reproduce very big armies.

This sounds like bad news. Why would Vitamin D inhibit the immune system from sending in a bigger army? Well if you have any autoimmune disease, Vitamin D is your friend in this situation. Chronic disease occurs when the adaptive immune system continues to function after the enemy is defeated. Scientists are looking at Vitamin D’s role in a variety of autoimmune diseases including multiple sclerosis, rheumatoid arthritis and inflammatory bowel disease. Early epidemiological studies reveal correlations between these diseases and insufficient vitamin D levels.

How To Get Dat Good D

Nature’s dose of vitamin D comes from the sun, but there are few issues with this source of Vitamin D. If you work at a desk, you don’t always have enough time to be outside in the sun. If you live north of the bible belt, you’ll struggle to produce vitamin D for the cold half of the year. Not to mention, sunlight can be damaging to your skin. A healthy dose of daily sunlight is a good practice. Most experts recommend 20 minutes a day. When that’s not enough, supplements come in handy.

Seek Out The Source

You want to know the source of anything you put in your body. The majority of Vitamin D supplements are sourced from sheep’s wool. Sheep make their wool water resistant by producing lanolin. Manufacturers cut off the wool, radiate it under UV lights and then extract the Vitamin D3 from lanolin in the wool. If you’re vegan or this process just grosses you out, don’t worry. There is a plant-based alternative. Lichen – which nerds call a biofilm or an organism that houses both plants and fungi – grows on the sides of mountains and naturally contains Vitamin D3. You can find plant-based Vitamin D3 supplements made from lichen.

Some vitamins – like A, D, K, and E – rely on fats for our body to digest, absorb, use and excrete them. Since Vitamin D is fat soluble, you’ll want to find a supplement combining Vitamin D with healthy fats like omega-3s. Fat-soluble vitamins can accumulate in the liver, so you don’t recklessly gobble them down. The best idea is to ask your doctor for a Vitamin D test. Serum 25(OH)D is the best way to measure your Vitamin D levels.

Kick It Up With K

Finally, Vitamin D increases calcium and phosphorus levels in your bloodstream, so some people believe that if these levels get too high, kidney stones can occur. If you have a history of kidney stones, talk to your doctor before taking supplements. If you’re concerned about even the possibility of kidney stones, look for a supplement that combines Vitamin D with Vitamin K. Vitamin K activates a bone-building hormone (calcitonin) to balance out the increase of calcium and phosphorus. 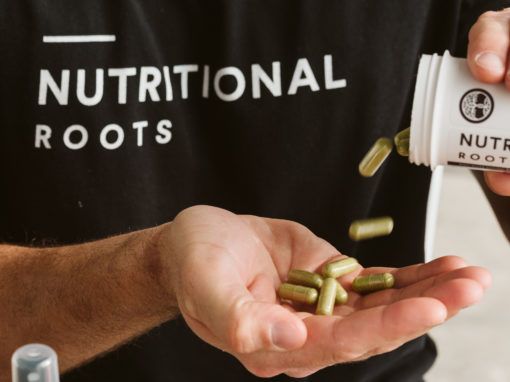 They’re impossible to see with your naked eye, but here’s why you need to pay attention to probiotics.

END_OF_DOCUMENT_TOKEN_TO_BE_REPLACED 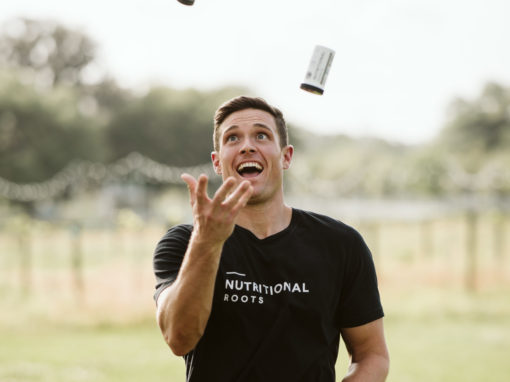 What supplements should I take?

After years of teaching people about supplements, I designed the Smart Supplement Map to answer this question.