Polidicks: The Fight For Freedumb

Our political system is broken, and we're not fighting to fix it. 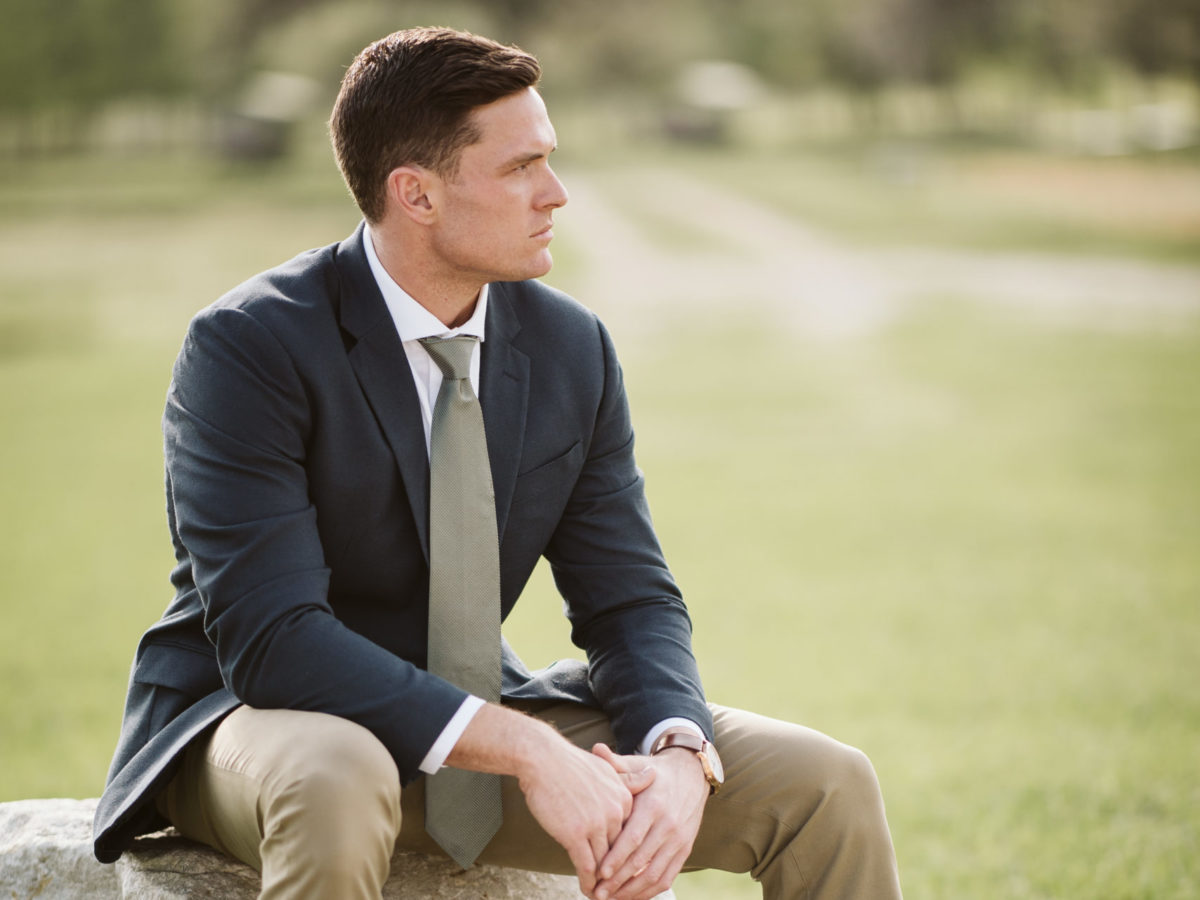 As social media formed tunnels around political discussion, I took a cue from my grandparent’s generation. I decided it was impolite to discuss politics with strangers. The majority of the internet is strangers doing strange things, so as vogue as it may be, I don’t talk about politics online.

This is my breaking point. I need to articulate my underrepresented perspective.

Twenty-five years ago, Nickelodeon hosted a special for Bill Clinton’s reelection. The episode introduced me to politics and to the concept of elective government. I was a little kid. People told me political parties formed around ideals. Parties designed platforms to turn their ideology into reality. They created principles to support their positions. The polarity of their positions was the natural contrast of different ideals and values. People said you picked a party based on the one that best represented your values and beliefs.

Kids generally inherit their parents’ values,  so in a lot of ways, my side was picked for me.

With each election cycle, I did my homework. I paid attention. I did my research. I drew conclusions.

Despite sticking to the same ideals and values, I ended up voting for Republicans and Democrats. How is that possible? If the parties are built around steadfast ideologies that represent their constituents, what made my allegiance so fluid?

After some thought, it’s not me. It’s them.

Gambling On Trends. Playing For Power.

I seek conversations with alternative perspectives. The truth always seems to live between two extremes. I want my ideas to evolve on a trajectory towards truth, so to do that, I need both sides of the issue. I can roll my eyes at Fox News and then shake my head at MSNBC. I’m not afraid to listen to Democrats. I’m not afraid to talk to Republicans.

Ten years ago, there wasn’t anything brave about disagreements. We could engage in civilized conversations with nuance and context.

Then Facebook happened, and now, these conversations quickly invite passionate fights. The emotions escalate before context and perspective can be established. This concerns me. And thinking about this shift made me realize politics aren’t about representing people.

Politics are simply gambling on the zeitgeist.

Political parties place bets on where the majority opinion will grow across a variety of topics. They look for issues where they can get 51% of people to agree with their position. Where the opposing party controls consensus, they conceded the less popular opinion. They can absorb this less popular opinion by placing smaller bets on less popular issues. The game is about placing the right bets on the right opinions at the right time to collect majority consensus in all the right voting districts.

There are no principles guiding a party. There is no ideology a party lives and dies for. Politicians aren’t interested in representing your beliefs.

Why all the shapeshifting? Why do politicians strategically shift towards popular ideas rather than shape democracy and culture around their principles?

Money plays a big role. People funding these politicians have assets and investments to protect. At the end of the day, these donors prioritize money over everything else.

But the politicians don’t directly reap the financial rewards like their benefactors do. For politicians, the money is good, but the true prize is power.

This all seems obvious in hindsight, but if everyone else realizes this, then why do two out of three Americans passionately support their political party? Over the course of your life, there is no chance that your party will consistently represent all your values and ideals.

Well, I guess there is one way. You could choose to always adopt what the party tells you to adopt. Your values and ideals aren’t actually yours. You don’t listen to your consciousness. You don’t take guidance from moral teachers. You don’t base your decisions on logic.

If that’s you, that’s fine. But instead of “taking a stand,” you should just say “I’m a fan.” Because that’s what you are doing. You’re expressing your fandom – not your beliefs. You don’t have beliefs if you’re changing your values to fit your political identity.

I’m a Florida Gator fan. I will never, under any circumstances, be a Florida State fan. I recognize this is completely irrational behavior that’s motivated by years of emotional conditioning – some would even say brainwashing.

But I don’t care. I’m a fan. If you’re constantly opposing what one party does, just because it’s coming from that party’s platform, you too are a fan. You too are acting irrationally. You too are more brainwashed than patriotic.

“Left side of the aisle. People can write anything, theory, rumor or whatever about Republicans but where are the ‘Fact Checkers’ then?” wrote my Facebook friend. “Wake up people, you are being controlled. Information is power, and the less of it you have, the less influence/power you have.”

First, this is coming from a guy I worked with on one project. He wouldn’t be considered a friend anywhere but on Facebook. Second, props to him for acknowledging the singular focus here is controlling power and not a representation of values and ideals. The problem here is his antiquated thinking.

Growing up, when I needed to write a report for school, I went to the library. I pulled books off the shelves. I read and processed the information to make my report. Information was harder to access, but let’s think about that information I was accessing.

Books in the library were written by authors. Authors who persuaded publishing companies to invest in their work. Publishing companies invested in authors to make books for selling to stores and libraries. These layers of business created filters of accountability.

The system still exists, but it was dramatically diluted and damaged by the internet.

Writing a report now requires a series of search queries. There is limitless information available. The quantity of information is through the roof because the barriers to sharing information are practically gone. There is no accountability in the system of information distribution, and what makes it even worse is that the economic incentive flipped toward inaccuracy.

Attention generates big business on the internet, and attention doesn’t discriminate between vetted and accurate information and complete lies and dishonest information. This gives businesses permission to say whatever the hell they want. They make money, not for being right, but for getting you to consume their information.

Alarmingly, the information most commonly consumed is wildly inaccurate information. It’s more likely to be organically shared online, so it gets a broader reach. Lies go viral in two direction. People in agreement consume the information and share to validate their perspectives. People in disagreement consume in disgust and share to show their outrage. Either way, it gets shared. It gets more attention – which means it gets more money.

This broken system feeds the political problems. The economics of the system don’t motivate any changes in the near future. The changes will need to come from popular pressure. That starts by recognizing your party doesn’t care about you, and you should invest in quality information over quantity of information. 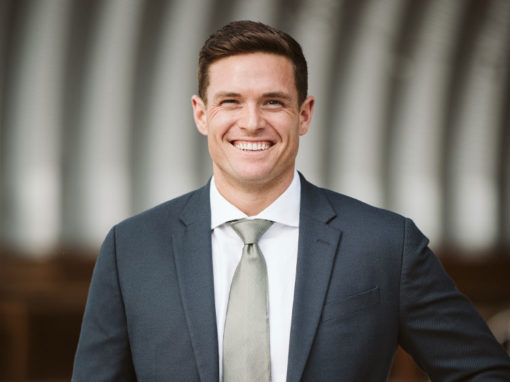 What Financial Planners Don’t Tell You.

Investing is important, but there is more to enjoying retirement than financial discipline. Financial planners are forgetting a key piece of advice, and I’m here to help.

END_OF_DOCUMENT_TOKEN_TO_BE_REPLACED 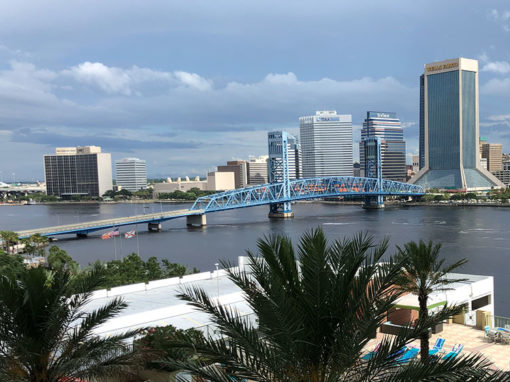 What changes would you like to see in our community and why?

An submission for the Jacksonville Chamber.